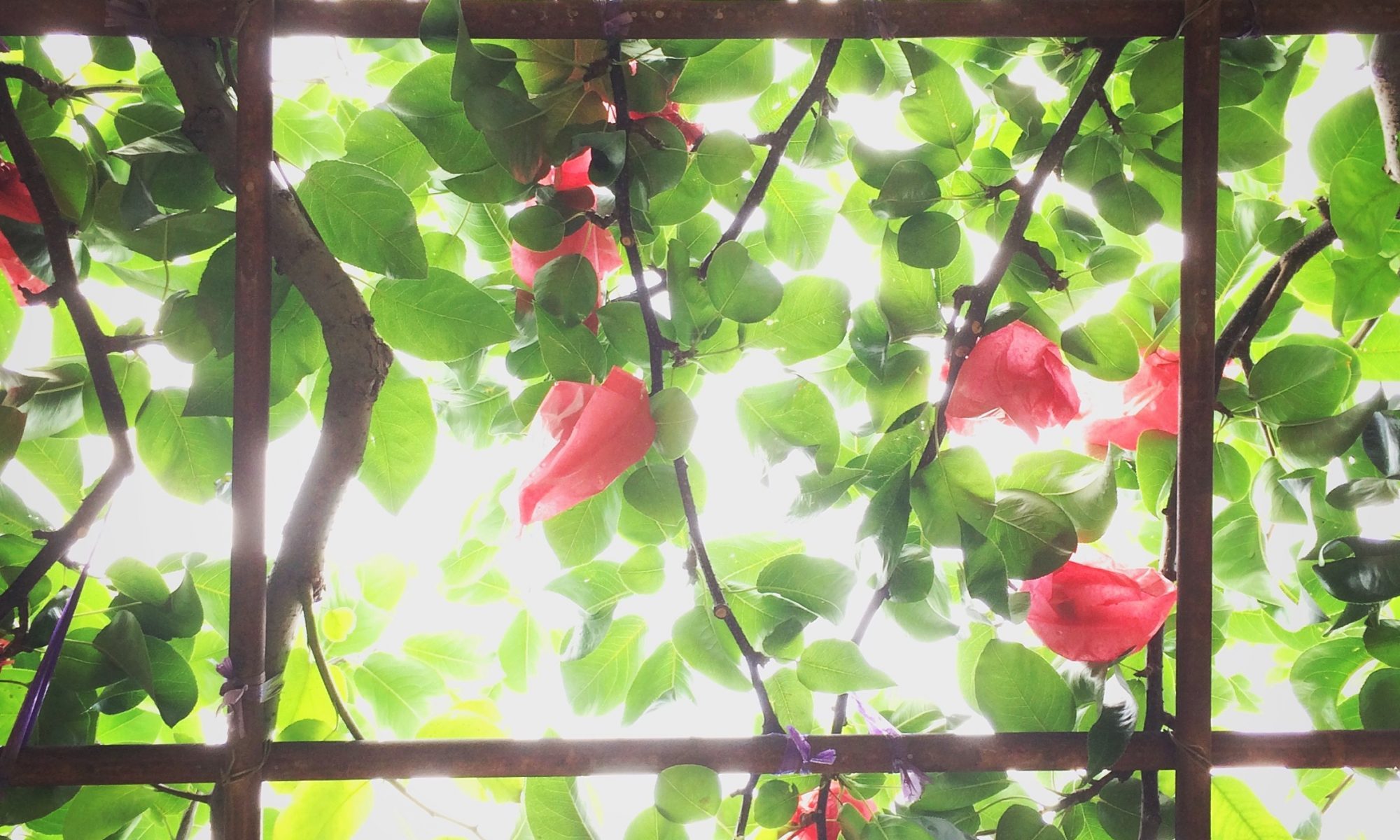 Since 2000, we have been involved in the following activities with about 10 annual members and experience volunteers during pollination.

Cleaning up pruned branches, covering the orchards with straw mulch, pollination, fruit thinning, fruit bagging, netting over the orchards, etc. The annual working days is about 100.

Four seasons of the nashi pear orchard begins with preparing for the coming year by “pruning of branches” and “soil conditioning”. 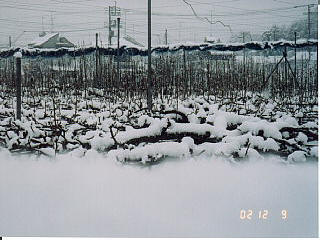 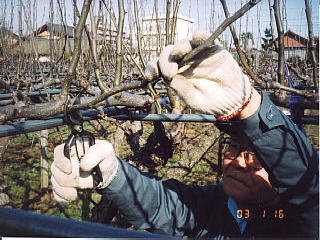 The busiest time of the nashi pear orchard is the pollination period with a slight window of opportunity of one week. About two weeks after the pollination, a series of work continues from fruit thinning, fruit bagging, through netting over the orchards; having other works in between such covering the orchards with straw mulch and sanitizing. 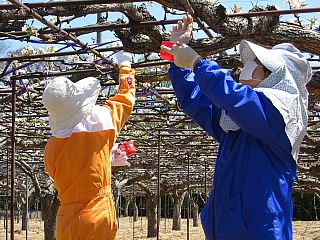 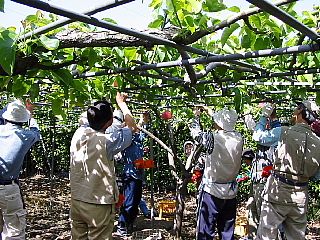 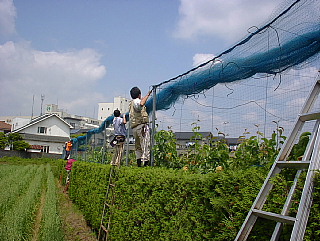 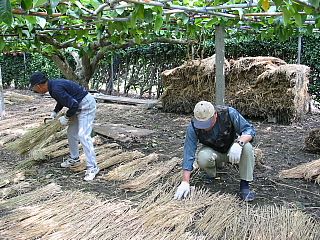 Weeding is followed by harvesting of early maturing variety. There were times when we held one-day “Kunitachi-grown nashi Pear Market” in front of the Kunitachi train station. 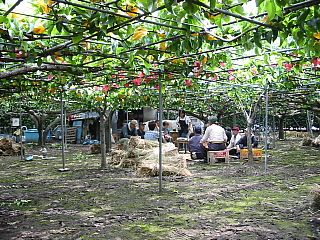 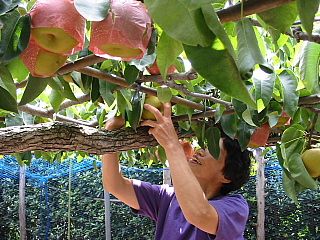 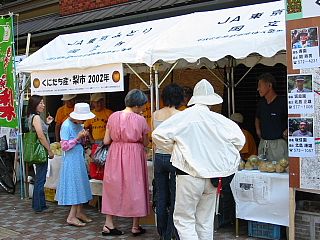 Harvesting of late variety followed by clearing away the netting brings the end of the four seasons of the nashi pear orchard. Please send an email to knv@kusanone.jp any questions or comments you may have on this site.